Ferguson, Missouri, erupted after a prosecutor announced Officer Darren Wilson would not be indicted in the August 9 death of Michael Brown. Though many peaceful protesters took to Ferguson's streets, the images beamed out of the St. Louis suburb largely included looting, cars on fire, riot gear, gunshots and tear gas. Officials say it surpasses the worst violence in the August protests that followed the shooting. 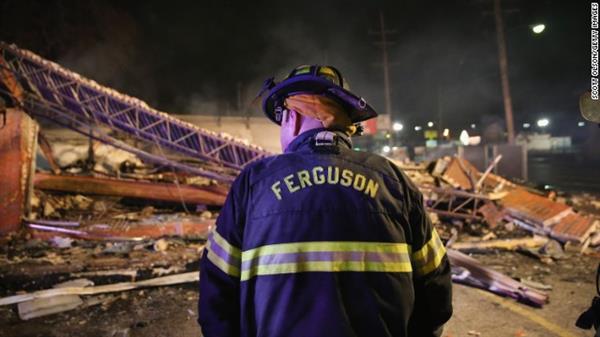