The storm that blanketed parts of the U.S. South with ice and snow yesterday is now pounding the Mid-Atlantic and Northeast, hampering travel and aiming to drop what could be a foot of snow in the New York City area by the time it is done.At least 16 deaths have been blamed on the weather -- many of them relating to traffic accidents. The weather has left hundreds of thousands of customers without power -- the vast majority of whom were in Georgia, North Carolina and South Carolina.Follow this blog for a roundup of the latest news and a close-up provided by those experiencing the weather. 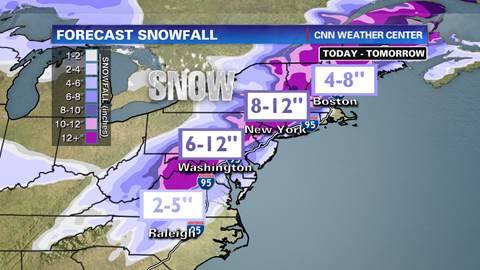